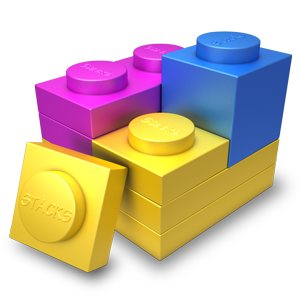 The focus of this version of Stacks is a native Apple Silicon implementation and stability improvement.

This new version of Stacks has a number of speed improvements extensively using a new template compiler that speeds up HTML/CSS/JS template generation by as much as 10x. These changes are underneath the covers to Stacks so you won't notice them except when things are a bit snappier.

Stacks v4.0 introduced the new compiled template rendering engine, but it was only used in edit-mode, only for HTML templates, and in limited ways.

Stacks v4.1 expands the use of the new rendering engine to work with all template types in all modes.

Users don't have to do anything to see these improvements.

Calm Down Warning Message, Calm Down.

We Fixed So Many Crashes